ALCS, All the Way to the Top! 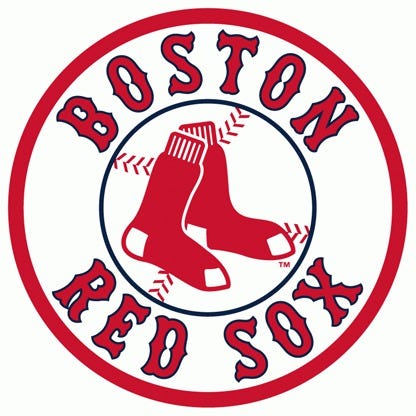 The Boston Red Sox are back at it again with another exciting playoff game. Just last night The Red Sox continued their fight to the top with a win against the Houston Astros. With two grand slams by last night’s designated hitter, J.D Martinez, and third baseman, Rafael Devers, the sox had a large 8-0 lead over the Astros even before the 7th inning stretch. But watch out; 8-0 wasn’t where they stopped. Kike Hernandez just cannot be contained! Hernandez hit a solo home run in the top of the 4th, extending their lead, 9-0.  By the end of the 4 hour, 8 minute game, the score was 9-5, Red Sox. This winning game evened out the score on the bracket, tying the Boston Red Sox and the Houston Astros 1-1 in the ALCS. Now it’s onto Fenway for game 3!

What does manager Alex Cora have to say about this? Let’s just say he is quite excited for game 3. When talking about Monday’s game in an interview he says, “Things are gonna be loud, it’s gonna be fun here” (Cora, MLB interview). Fenway may be a smaller field, but it gets LOUD. The players love the excitement and the energy of the city is high, it always makes an all around great game day. We do “love that dirty water”.

On the other side of the bracket, the LA Dodgers lead the Atlanta Braves 1-0 in the NLCs. Just last year Boston lost a few star outfielders including Andrew Benintendi, Jackie Bradley Jr., and one of the LA Dodgers newest members, Mookie Betts. Betts was on the Red Sox for 6 years and a beloved player to all the fans. Many predictions are being made about this year’s World Series, a popular one being that the Boston Red Sox will face off against the LA Dodgers, reuniting not only Betts to former teammates, but manager Alex Cora to his old team.

Cora had quite the incident back in 2017, with a cheating scandal tied to the current opposing team of the Sox, the Houston Astros. After the issue was brought up Cora was suspended for the 2020 season, and had returned to the Sox for 2021.

No one knows what will happen in the World Series. Will the Boston Red Sox make it all the way? Or will they be left in the dust of the ALCS? After a huge win in the WildCard game against their rivaling team, the New York Yankees, and the victory over the Tampa Bay Rays in the ALDS, the Red Sox have been in high spirits and had even faster bats. Watch how the bracket turns, and how the ALCS and the NLCs play out this week to find out who is making it all the way to the 2021 World Series.