Watching From The Stars 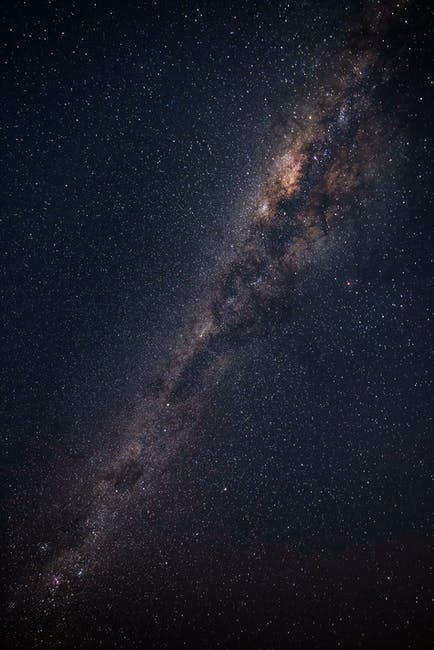 “In ancient times, the people of this world used the stars to track the years. They made records and maps of different constellations, and when those constellations would change in the sky, they knew that it was either time to plant or harvest.” An old man sat on a tree stump under the sky filled with stars. His two children were in front of him, hanging onto his every word. He points up at the sky where a dark, discolored circle hung, “Tonight we have a new moon. They used to put meanings to the phases of the moon. The full moon was a time of bountiful harvest and celebration. However, the new moon represents new beginnings, since it is the first phase of our moon’s cycle. That is where we are right now both with our moon and ourselves.”

He looked back down and saw his children with sadness written clearly on their faces. Their mother, a kind and patient woman, had been stricken with pneumonia two months prior. She fought long and hard, but in the end was not able to win. The old man wiped tears from his eyes, careful not to let the children see. He cleared his throat and said, “Things will be very different with your mother gone. Our lives have been changed, and there is nothing we can do to bring her back, as much as I know we would all like to.”

The old man saw the kids holding back their tears, trying to stay strong like he taught them. He also lost his mother at a young age, and began to remember how his father had raised him, and what he had done to help him through the loss. So he did what he and his father before him did best. Told a story.

“I am not sure if I had told you this already, but the people of the past didn’t only use the stars to track the seasons. They had their own mythologies for them. Behind every constellation is a story, and each story has a meaning that was supposed to be passed down through the generations to teach their descendants lessons about the world.” He could see the children were able to get ahold of themselves, getting lost in the story. ‘Just like their old man,’ he thought.

“These stories were not only supposed to teach lessons, but explain why the world existed the way it was. The sun, the sky, the stars. They were all there for a reason.”

His son interrupted, “Can you tell us where they thought the stars came from?” His sister nodded in agreement.
The old man chuckled, “Of course, just give me a moment to think. I haven’t talked about the stars in a very long time.” He sat up straight, looked up at the sky, and saw a star that was brighter than all of the others. He smiled sadly, and decided on his late wife’s favorite.

“Many cultures believed in an afterlife much different than the one we hear about in Church. However, there was an unspoken agreement throughout parts of the world that their ancestors watched them from the grave, which holds true today. Some believed that their loved ones would be reincarnated as animals to watch over them, others believed in an otherworldly afterlife. If you put the two ideas together, creation and afterlife, you come across your mother’s favorite belief, and one she held onto until the day she died.”

His son, ever the impatient child, interrupted again, “What was it! What did she think would happen!”

The old man laughed, “I was getting to that. As I was saying, your mother’s favorite belief was that the stars were souls of the dead watching from the heavens. When she and I were younger, we would go stargazing. She would point out the stars she believed to be her grandparents, aunts, uncles, even siblings, and why she thought that. I would then pull out my map of the stars and tell her the name of the star she was pointing at, and what constellation it was a part of. Then I would tell the story that belongs to that constellation, just like I do with you two.” The children looked at eachother, and came to a silent agreement after their father had finished his speech.

“We want to try and see which star mom would be.” The old man was surprised, but recovered quickly.

“I know she would just love that. Now point to her star, and I will tell you everything about it.” He took out his map and lay it across his lap, watching as the children stared up at the sky. Finally, after a few minutes of looking, they both point at a star. The old man looks up and sees the exact same star he was looking at earlier.

“That one. That one’s mom,” his son says. The old man smiled and began looking across his map.

“Okay, now let me look and see where this star is…” Looking at his map, he was confused. The star the children had chosen, supposedly, did not exist. “This can’t be right, I got this map just last month. There is no way they would have missed a star that bright.”

He looked up at the star again to try and find a constellation nearby that would help him pinpoint it on the map, but there were none.  ‘It’s almost as if it just formed.’

A little voice to his right piped up, “We told you.” He looked down to see his daughter looking at the sky with a small, sad smile, “It’s mom. And she will always be watching us.”

Her brother finished her sentence, “From the stars.”